“Many graduates anticipate the National Youth Service with high hopes. The year is as important as you take it. To some it’s a step forward, a time which is used to plan towards fulfilling their career. To some it’s a time to explore and do as they wish. The service year is a training ground to develop yourself. So make the best of it.” This is like the pep talk given to most graduates about to serve.

Honestly,  it’s a period of selfless service even though you may sometimes feel the country does not deserve your service. Of course there is the youthful exuberance that comes with it. Time is at your disposal. After four or more years spent buried in books, the world beckons with bright lights.

Many people have a state to which they would love to be posted. Sometimes it works, sometimes it doesn’t. For me it didn’t.

I would have loved to stay in the Southern part of the country and be near home. I was so confident that the posting would favour my wish. On this beautiful starlit night, I was with a friend, Deborah, in her hostel, anticipating the posting which would be pasted the following day. I received an unexpected call from another  friend.

“The posting is out, jo. Its Katsina.”

I laughed. “You’re not serious o. It will be out tomorrow. How are you?”

“I’m serious o. Its Katsina. The list was pasted this evening.” She said again.

“Wait. You’re serious. Really?” It gradually began to dawn on me that she wasn’t joking. My mind went blank. Do I even know where Katsina is?

“Ok. Ok. Thanks Tinuke.” I hung up and turned to face Deborah.

I said this with wonder and a sense of resignation. I had been praying to be posted to a suitable place. Someone even offered to help make sure  I was posted to a state of my choice. I could not understand why I could have been posted to the Northern part of the country.  You know, I didn’t feel sad. Excitement gradually began to run through me. I was so optimistic. Probably because I had tried all I could to make it otherwise. I began to feel quite excited. You can say I tried to encourage myself. Whatever! But I really wasn’t sad about it.

I called all my family members and it was amazing at the responses I received. I called my immediate elder brother first and he was appalled by the idea of me going to Katsina. “Abeg, no be by force dem dey serve o. With all this Boko Haram, how can they post people to that side of the country?” My  other two  brothers were somehow indifferent about the whole thing. My parents reaction, well, that’s for another post.

When I returned home, I sat with the map of Nigeria. I had thought Katsina was around Abuja. Apologies to my secondary school  geography teacher. It’s not far from it really. Besides I’m sure you may not know where it is either. I seriously started having second thoughts when I saw that Katsina was bordering Niger.

The state is synonymous to Boko Haram to some people. The truth is people live there. Many people visit and relocate to this state and survive. Well, everyone is entitled to their own opinion. But I’d like to keep you informed through my musings and basically my experience as a ‘Danielle’ in a ‘strange land.’ I’ve been having a wonderful time, come across fabulous people and learned alot from the distinct change in culture and environment.

The people here are so simple and they live each day believing tomorrow will take care of itself. The dominant religion here is Islam and it is highly revered. Well, i hope you follow subsequent posts which i hope will interest you. So, this is introducing me and my sojourn in Katsina in a bid to serve God and my fatherland. God bless you! 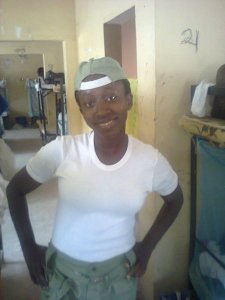 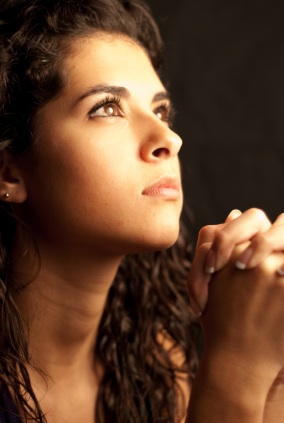 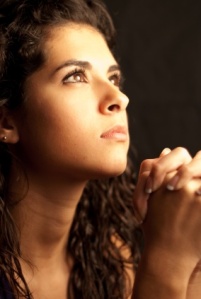 If a friend could describe you in just two words, what would they be? Tall, funny, smart, pretty, friendly or whatever. The Bible described this classic lady in two phrases. Abigail was a woman of good understanding and a beautiful countenance. In our modern day, she would have been nicknamed ‘beauty and brains’.
Her name means ‘Her father’s joy’ or ‘fountain of joy.’ Though we don’t know about her father, but I’m sure he would have been proud of his daughter. Though it’s baffling why he would have allowed her to marry such a man as Nabal. Probably because he was blinded by Nabal’s riches. Though she was thrown on the heap of filthy wealth and foolishness, she gleamed because of her intelligence.

We should know the story. King David asked for victuals from her wealthy husband. The king must have been in dire need to have done this. Nabal, which means ‘fool’ behaved foolishly. He insulted the king. When Abigail was told that her husband’s response had enraged the king and he was coming to destroy them, she set out to appease him and save her home. She yielded and put herself in a place and posture of the penitent. Yielding often pacifies offences.
She understood that David’s attention needed to be diverted from the boiling temper which fueled his hasty approach. This was wisdom. She understood that she had a very short time to help him understand that he didn’t need to carry out his intention. She calls David ‘My Lord’ and took blame for the rudeness to his servants. “Upon me, let this iniquity be.” she said. She chose her words wisely and apologized on behalf of her husband. She excuses her husband’s behaviour for a weakness in character and pleads her ignorance because she also should have not allowed his servants to return without her knowledge. She spoke with respect as opposed to her husband’s rudeness. If she had been aware, his servants wouldn’t have been treated that way. She then applauds the king’s services and assures him that God is on his side. She also understood that a king requires respect and when it is trampled on, there are consequences. Her words made him remember that he was still king and even though Nabal acted that way, it didn’t change his status. She spoke soothingly and her calm words and appraisal stopped David from committing murder.
Well, we’ve heard that a way to a man’s heart is through his stomach. Abigail proves that words have a similar effect. It takes grace and patience for a man not to react when insult is splashed on his ego. You just need to give this person one reason why he shouldn’t take a drastic action out of anger or humiliation. Abigail understood this and she praised him as king. Ladies, let’s be wise with our words. They either proceed as soft as the breeze or as piercing as bullets.
If the Bible attests that she was beautiful, then she was beautiful. But more from her inner self. Her intelligence would have brought a glow to her face. It’s obvious that she had a beautiful character. Abigail was calm and composed. When she heard what her husband had done, she didn’t go to him to question his attitude. This would have made matters worse. She just thought of a solution instead of turning to her husband in anger.
We don’t know whether she had rich dark hair or if she was blonde. We don’t know how tall or short she was. But she was described as having a beautiful countenance. Her countenance wouldn’t just be in her look, it would mean her composure. She would have exuded grace. There would have been something special about her. Something so different. This would have come from good character. A honest, sincere and kind heart. Not from her hair or the colour of her eyes or the complexion of her skin. Her beauty was obviously from the inside out. It’s a beauty that reflects from the heart. A beauty that shines even in the midst of the darkness she’s in.
Abigail was slow to anger and of transparent character. Someone who does good as much as she can. She was patient. You could never find her nagging or complaining. She would have made a good doctor. Her soothing words would have gone a long way in relieving the patient of whatever discomfort. She would have been quite adept at persuading people. She would have been quite generous.
So ladies out there, let’s try Abigail’s ‘cosmetics’ to attain that feminine glow. Let’s be classy ladies adorned with Godly traits reflecting indescribable beauty.

It’s hard to believe that someone you loved so much could betray you. Someone you trusted in hope that the person would not take your trust for granted
I wonder how Jesus felt when Judas carried out the devil’s mission. Hurt because his friend, close friend could stoop so low. Disappointed because he hoped Judas would change his mind. Merciful, knowing that the prophecy must be fulfilled and He would forgive Judas if he repented. If Judas didn’t betray him, who would’ve? Would the Scribes and Pharisees have sought him out themselves or would the devil have entered another disciple? Does Judas have an excuse to commit such a crime?
Its terrible! He looks at Jesus in the face and kissed him. He may have thought that Christ would defend himself. It’s been said that cowards stab from the back but Judas looked into Jesus eyes and said “Hail Master”. Such betrayal! The person who watched blind people receive their sight, who saw Lazarus being raised back to life and who witnessed countless miracles. Was he not at sea when the storm was stilled or was he not one of the servers of the five thousand?
Everyone would suggest that Judas was greedy. He loved money. Money was virtually his master. He was a fraudulent fellow. He may have assumed Jesus would not be captured and he would get away with what he did.
Judas played a vital role in the crucifixion of Jesus. His name went down in history for the worst crime- betraying Christ. At the end he was so overwhelmed with guilt that he went to hang himself. He sentenced himself to death whereas he had died long before. His soul was already doomed.
But Judas had such boldness. I mean who had the guts to carry out such an action?
Judas fulfilled a prophecy but he did not witness Christ’s saving grace. He gained his 30 pieces of silver but lost his priceless soul. His heart was laden with guilt while his home in heaven was empty. What if Judas was your brother, cousin or friend? How would you have felt hearing he had hanged himself after betraying Jesus?
But it’s too late to feel sorry for Judas. Let’s just strive not to be like him.